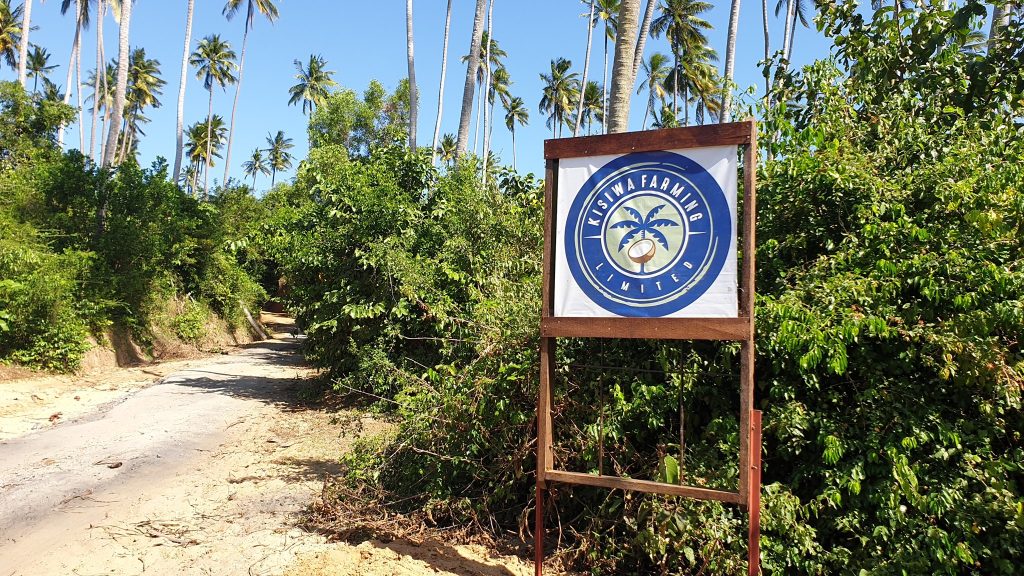 The island of Mafia off the coast of Tanzania with its 60,000 inhabitants is characterised by fishing, tourism and agriculture. Around the time of German colonial rule, the first coconut plantations were established here. Unlike nearby Zanzibar, which is much better known among international tourists, Mafia has no connection to the Tanzanian mainland’s electricity grid. Instead, the Tanzanian national energy company TANESCO operates a mini-grid here that is powered by diesel generators.

In 2014, the company Ngombeni Power Limited made a first attempt at generating renewable electricity for the grid by installing a biomass combustion plant powered by wood residues from a coconut plantation. Due to technical and operational problems, however, the plant was shut down after only a short period of operation.

In the meantime, the company Kisiwa Farming Limited, founded by South African chemical engineer Darius Boshoff, has taken over operations on the coconut plantations and made a fresh start. Besides producing a variety of coconut products KFL wants to regenerate and rejuvenate the 2700 ha of coconut plantations. Coconut palms that are more than 70 years old and no longer bear fruit will be replaced by young trees. The old trees will be processed into coco timber where the resulting wood waste will be used to generate electricity and heat.

With the help of atmosfair’s financing, KFL will lay the foundation for this renewable energy production in spring 2021, in the form of a 49kW combined heat and power plant with a wood gasifier from German company Spanner Re2. With up to 8000 operating hours per year, the plant will supply 392 MWh of electricity as well as 890 MWh of heat annually. While the heat is used to dry the timber, the electricity is used for coconut processing and made available to the connected households via the mini-grid.

After the successful commissioning of the first plant, atmosfair and KFL intend to expand the cogeneration plant step by step. For the next phase, an increase in capacity to 1.4 MW is planned. While the first phase results in annual emission reductions of approx. 350 tons of CO2, a reduction of 10,000 tons of CO2 is expected in the second phase.