Despite its name, the Advisory Board at atmosfair is not only an advisory board, but also performs decisive supervisory functions over the management in addition to providing advice. For this purpose, the shareholders’ meeting has transferred essential control rights to the advisory board.

These include in particular:

Within its area of responsibility, the advisory board decides independently and freely. Members of the advisory board are appointed and dismissed in equal parts by the shareholder Stiftung Zukunftsfähigkeit and by a climate-competent department of the German government. 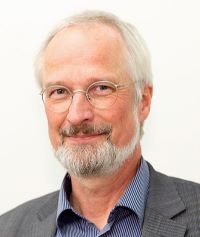 Klaus Milke is the founder of the foundation and chairman of Stiftung Zukunftsfähigkeit. Mr. Milke was Chairman of the Board of Germanwatch until September 2019 and has been Honorary Chairman of the organization since then. He holds a degree in business and is a freelance consultant on environmental and development issues. Mr. Milke brings experience and contacts from the business world to climate protection.

As Chairman of the Stiftung Zukunftsfähigkeit and thus representative of a shareholder, Klaus Milke is also Chairman of the Advisory Board, albeit without voting rights in accordance with the statutes.

For more information, see § 11-13 of the Articles of Association.

Malin Ahlberg
Deputy Head of Division at the German Federal Ministry for the Environment, Nature Conservation and Nuclear Safety (BMWK). She has been active in the field of the international carbon market in various functions for more than 15 years and is also Director of the Foundation "Future of the Carbon Market", which was established by the BMU in 2010.
Christoph Bals
Political Director of the development and environmental organization Germanwatch, has been following national and international climate and development policy with a critical eye for over 30 years. He is one of the spokespersons of the Climate Alliance Germany and represents Germanwatch as a permanent observer in the Sustainable Finance Advisory Council of the German government.
Prof. Dr. Regina Betz
Professor of Energy and Environmental Economics at the Zurich University of Applied Sciences, where she has headed the Center for Energy and the Environment (CEE) since 2017. She has been researching effective and efficient energy and climate policy instruments for over 20 years and brings experience from Germany, Australia, China and Switzerland.
Prof. Dr. Barbara Praetorius
Professor of Sustainability, Energy and Environmental Economics, HTW Berlin. She is an economist and holds a PhD in political science with a focus on energy economics and climate protection. Previously, she was Deputy Director of Agora Energiewende, Head of Strategy and Innovation at the Association of German Municipal Enterprises (VKU) and Project Manager at DIW Berlin, as well as Co-Chair of the Coal Commission.
Luisa Rölke
Foreign climate policy, international climate protection, UNFCCC. Previously, she was Head of the Environmental Unit of the German Permanent Representation in Brussels.
N.N.
Current appointment process through BMZ.

Norbert Gorißen
Head of Sub-Department IK I, International Affairs at the Federal Ministry for the Environment: Financing of International Climate Protection, International Climate Protection Initiative.
Dr. Silke Karcher
Head of Unit at the German Federal Ministry for the Environment (BMU), Unit IK II 5 "Fundamental Issues of European Climate and Energy Policy; New Market Mechanisms". Dr. Karcher is an engineer for technical environmental protection with a doctorate from the Technical University of Berlin. Before joining the BMU, she worked at the Federal Environment Agency on various topics related to waste management and industrial environmental protection.