It’s been seven years since atmosfair sold its first TLUD stove in the Indian Ganges delta. For us a good reason to take a look back and forward.

When atmosfair started implementing the project idea seven years ago together with our Indian partners, we were very curious to see if this new stove technology would keep what it promised. The stove should not just burn wood, but wood gas which is produced in the oven by a special pyrolysis process during cooking. In addition, as a waste product, charcoal should be produced in such good quality that it can be sold by the stove users. And of course, the stove should save wood and CO2 emissions through its improved combustion technology.

How to cook with gas in a wood stove? Sell self-produced charcoal?

Not only Jouloshi Bala Dasi, who owns her stove since December 2012, was initially sceptical. But now during a visit she explains what she particularly likes about the stove: The stove does not smoke at all. I can cook in the house, that’s almost like cooking with LPG! In addition, I earn money by selling the charcoal from cooking. In other words, the stove almost pays for its own fuel.” 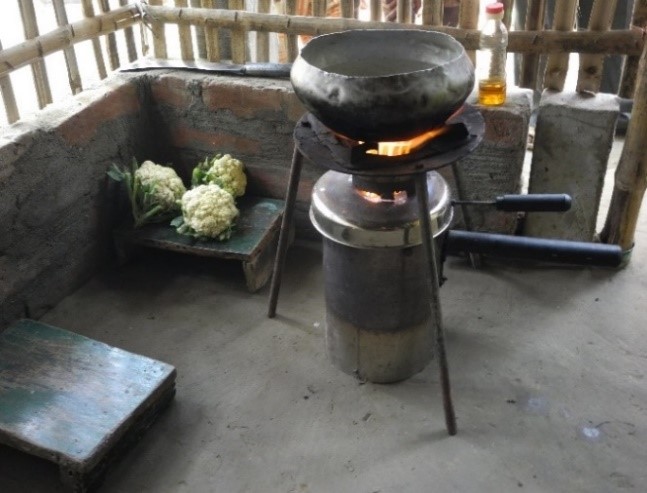 Roshanara Khatun also reports:” I never thought it would be possible to sell burnt wood “. But that’s exactly what happens. Our Indian partner buys the users’ coal and supplies restaurants or small tobacco factories with it. These costumers replace conventional coal with our sustainable charcoal. With the extra income of the charcoal sale, many families are now able to send their children to school for the first time because they now have the money to pay for transportation to the schools. But even smaller, for us normal pleasures, such as the visit to the village fair or a visit to the cinema are now possible for the first time for some families. 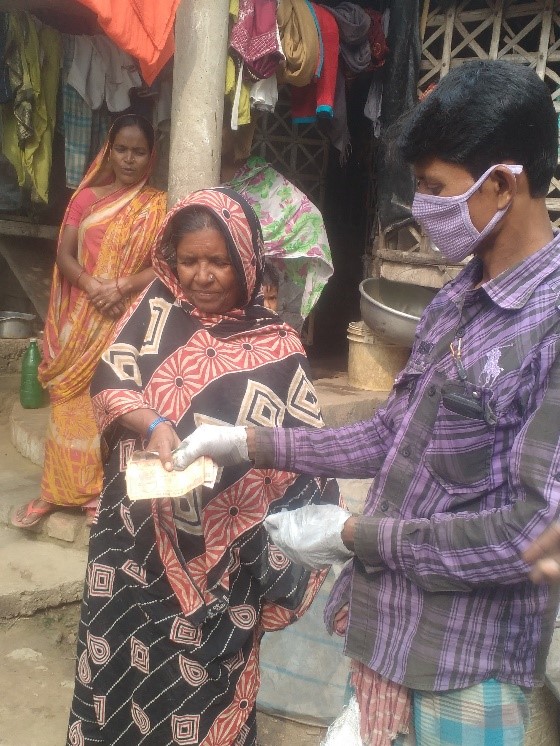 The purchase and sale of coal has another great benefit: more than 250 young people from the region have found a profitable job with us. They had no or only irregular income until then and had to work their way through odd jobs. Stove sales also create jobs. Ayub Ali sells atmosfair stoves in West Bengal since the beginning of the project. He reports that initially they had some difficulties in making people understand the benefit of this stove, like with all new things. But now the demand has become so high that more colleagues can to be hired. In the meantime, 25,850 families in West Bengal are cooking on an oven subsidized by atmosfair and have already saved 124,000 t of CO2. 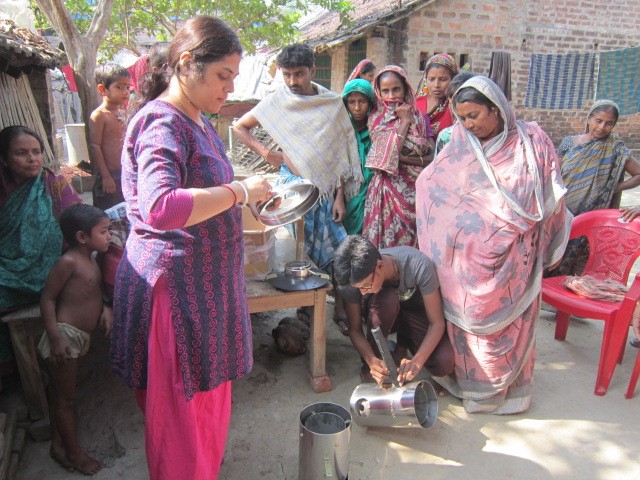 Sales and assembly of an „ardent stove“.

For atmosfair, it is obvious that this success must continue in India. That’s why atmosfair is going into extra time with the stoves and extends the project for another seven years. This is what the rules of the Gold Standard Foundation in Switzerland stipulate. Every seven years, the Foundation reviews the carbon mitigation projects that are approved under their certification scheme to ensure that they are conform with the newest regulations of e.g. CO2 emission reduction calculations.

We are looking forward to further successful cooperation with our partner Moulindu Baneerje from Sapient Infotech and his team. When asked about the stoves over the last seven years, Moulindu did not have to think for a second: “A sought-after stove”.