Those who wish to travel in a climate-conscious way can do this easily: just turn on atmosfair! The new posters illustrate this in the style of popular smartphone symbols: 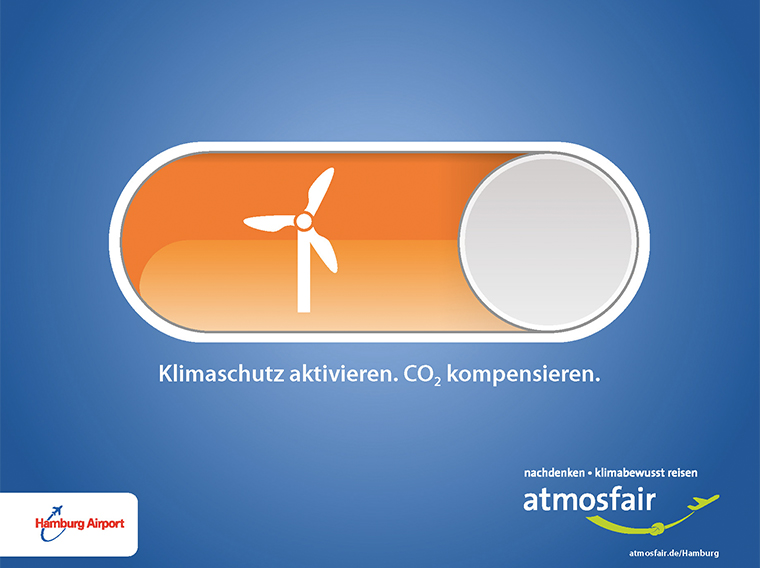 The draft comes from the Hamburg agency weigertpirouzwolf, which has provided its work for atmosfair pro bono.

Along with this, the celebrity posters from the campaign are back again in 2013. Director Sönke Wortmann as well as the actors Wotan Wilke Möhring and Judith Döker advocate for active climate protection: “I fly atmosfair!” 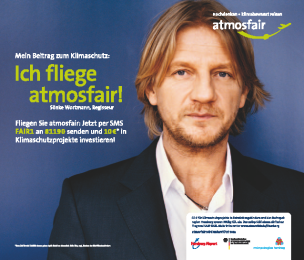 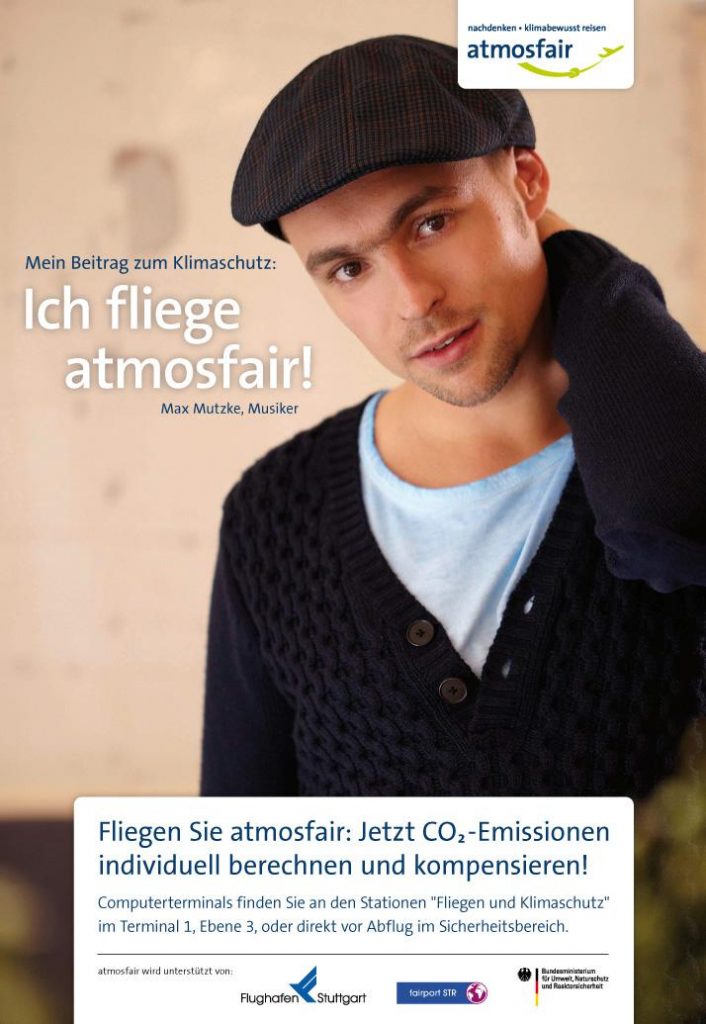 In 2013 the Hamburg Airport supported the campaign once again.

With 7 EUR, atmosfair can save around 300 kg CO₂; this amount is approximately equal to the climate impact of a roundtrip flight Hamburg to Stuttgart for one person. All atmosfair projects follow the CDM Gold Standard, which guarantees an independent audit (e.g., TÜV) and certification.

With your contribution, you support and allow for projects such as replacing kerosene lamps with solar lamps or producing electricity using mustard crop residues in India.

Around one third of revenues are spent on climate projects in the surrounding areas (nature conservancy, environmental education, etc.). Above all, projects that result in the highest possible reduction in CO₂ for the money used should be approved.

In particular this includes renaturation of floodplains and moors. Moors and wetlands are especially effective in reducing CO₂. However, we also support projects that educate children and youth most of all. 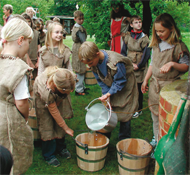 Example of awareness-raising activities for kids

Offsetting effect of the projects